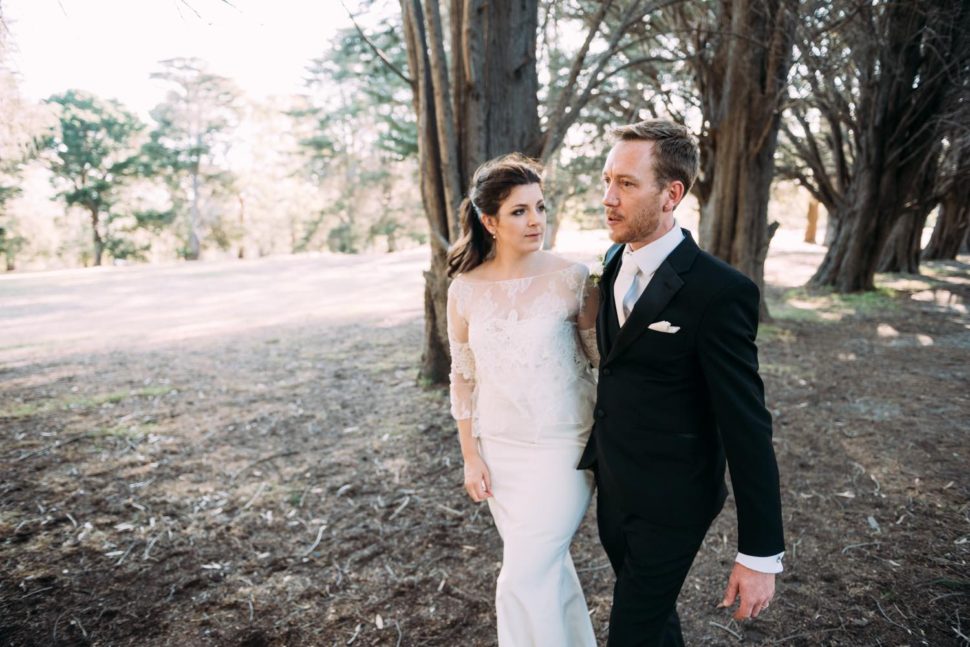 They met in the midst of wild and dramatic change, Caro and Vaughn.

They met and chaos ensued. But what beautiful chaos it was.

Now there’s no question that standing with these two under the extraordinarily lush creation curtesy of #pompandsplendour was magical. And the level of spunk that each of these two brought to the table was off the scale. Yet it wasn’t this moment, this moment, that deeply moved me. It was the many ordinary, ‘pass my beer love’, ‘you so didn’t’, ‘I wouldn’t put it past me’ moments that I had been so privileged to bare witness to in the lead up to this night. I had seen the journey this pair took to creating a ceremony that both honoured their histories but navigated away from them, to forge a new, enlightened pathway.

It was the moments watching them weave a glorious tale that spoke of infatuation, fitzroy wanderings and death. A tale that spoke volumes of who these two were, had been, are now. Two completely contrasting personalities, one insane match.  Like both sides of the yinyang, these two drove each other towards becoming the best possible versions of themselves. She, wild, passionate fire, and he, solid, gentle earth.

Everything about the day reflected their talents and passions. From the RAD kicks Vaughn and his boys wore, to the intricate and gloriously charming terrariums that Caro painstakingly made as gifts for the guests.

Beauty was everywhere, under the arch, atop mossy table settings and certainly in the hysterical speeches made by friends and family who clearly ADORED these two.

But the beauty that leapt out and danced wildly and with great fervour, was the total love and devotion between Caro and Vaughn. It was in their eyes, in their light footsteps. It was in the sharp intake of breath as Caro walked down the isle towards her love, her heart, her bae.

These two, earth to the fire, crazy to the calm.

Love them. Thanks for the magic guys x